Get ready for The Jump... 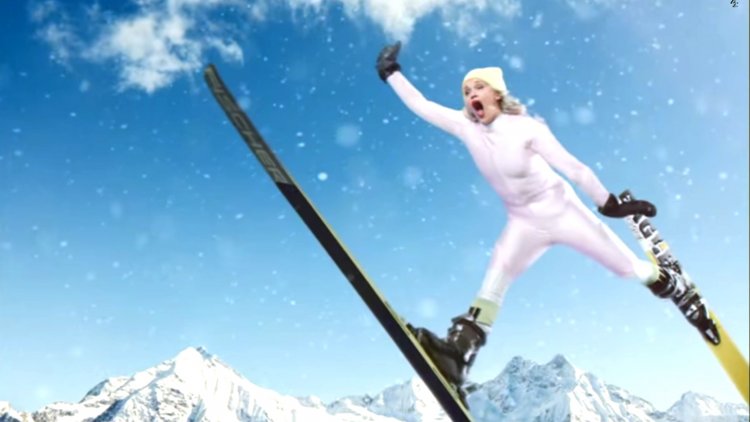 There'll be snow fear here (geddit?!) as a new crowd of celebrities take on some of the most challenging and dangerous winter sports in a bid to be crowned champion of The Jump 2015.

The Jump is back. Bigger, better and more daring than before, this series will feature more live events and see even more brave celebrity competitors take on a whole new range of exhilarating winter sports as well as a brand new heart-thumping live eliminator, The Air Jump… and there is of course The Jump.

Limbering up to take The Jump Cowbell Trophy from series one champion Joe McElderry, are eight brave men and eight courageous women who all have their eyes on the prize and are determined to land the perfect live ski jump.

The series will kick off with the Skeleton, which will see the competitors reaching speeds of up to 60mph as they hurtle down the ice track. Over the first two episodes the fastest men and women will qualify for a place in the next round of the competition with the slowest celebrities facing a trip to the top of The Jump.

The contenders will be perfecting their Ski Jump under the watchful eye of legendary Winter Olympian Eddie ‘the Eagle’ Edwards. They will also be put through their paces by a team of top coaches including Winter Olympic skier Graham Bell, Winter Olympic Skeleton gold medallist Amy Williams and snowboarder Jenny Jones,the first Brit to win a Winter Olympic medal in a slope event, winning bronze in Slopestyle at the 2014 Sochi games.

The events the competitors will be taking on will include favourites from the first series – Skeleton, Bobsleigh, Slalom as well as the event that saw Sir Steve Redgrave and Marcus Brigstocke crash out of the competition in style, Ski Cross, which this year will take place LIVE. The thrilling new events the competitors will be mastering will be – Snowboarding, Snow Cross and the adrenaline charged new eliminator, The Air Jump.

In pictures: See who's hitting the slopes this Sunday, 1st February  on Channel 4.