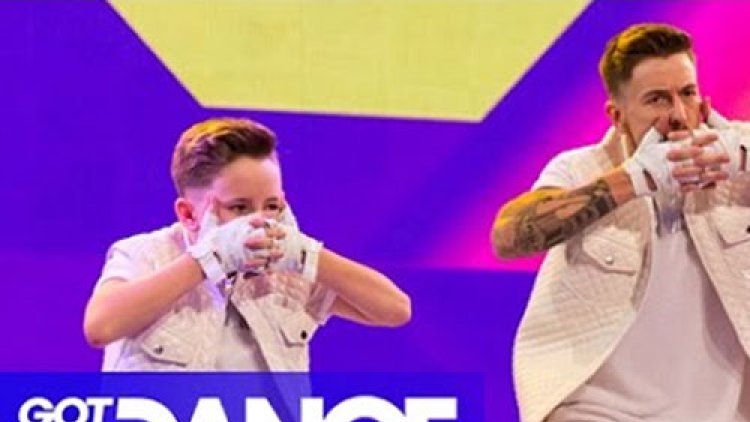 It was make or break time for the six finalists as the hottest dance contest in town reached its spectacular peak live from London.

Leading proceedings was Davina, who's duty it was to announce dance act Duplic8 the winners of Got To Dance 2014 after a fiercly fought live final with Dance Illusion and Bitter Harvest.

The duo, mentored judge Adam, were the last performers to take to the stage in front of a 6,000 strong audience at London's Earls Court after some harsh criticism from rival mentors Kimberly and Ashley.

Comprised of street dancers Tobias Mead, 26, and 13-year-old Jak Tuite-Leach, the group turned in an impressive routine that helped win them the title, and with it a share of the £250,000 prize money.

‘Sharing it with little Jak, it's magical,’ said Tobias as the show came to an end. ‘You have no idea. I'm so grateful!’

Their mentor, Adam, admitted they ‘couldn’t have hit it any harder,’ adding: ‘That performance blew it out of the park.’