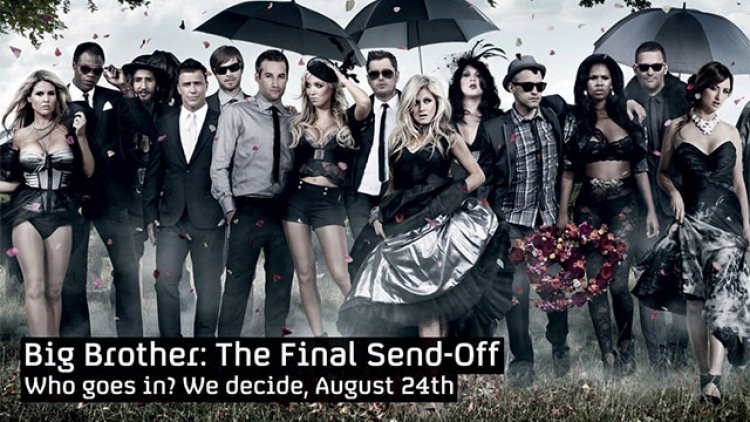 "This week has been such a shocker. I got a phone call from my producer saying that next year we were going to have the last Celebrity Big Brother, and indeed the last Big Brother. Even though I kind of knew it was coming to an end and that it gives Channel 4 an opportunity to try something else, and they've had a lot of flack for Big Brother in the past, I think they've been very brave to stick with it as long as they did.

I just felt really sad, I cried for a bit and my husband was being very nice to me all day. It was kind of a weird day, I felt like I was grieving the loss of a friend. There's a lot of stuff other than the show that I experience while I'm making big Brother that means a lot to me. For example, there are people that work behind the scenes at Elstree and at Endemol and Channel 4 that I see twice a year but I know it will be okay, (because) I'll see them in three months. It's sad to think that we won't have that anymore. It's like leaving school or university; it's that same kind of feeling.

I think next year will be silly; I think this is the only way to describe it. We'll definitely go out with a bang. I certainly will be quite naughty, I'm not sure in what way or how but it could involve some shenanigans in the house or something, I want to go in the house really badly. Staying the night has been vetoed by my husband because sleeping is the only thing he really gets to see me do on my own. Also, I'd probably pick my nose or fart or something, I'd just never live it down. I definitely want to go in there at some point. I'm going to just really have a laugh with it and send it out with a proper bang! People are saying Big Brother's over, but it's a good format so I think it doesn't necessarily have to be over, it can come back in another guise. I don't know how or where or if or when or anything but I think there's life in the old dog yet."