The Masked Dancer is back as our celebrity cast attempt to baffle, bewilder and bamboozle the panel and viewers with their fancy footwork and dazzling dance moves, whilst covered from head to toe in extravagant and elaborate costumes.

Twelve brand new celebrities will be stepping onto the dancefloor to take on character alter-egos as they trip the light fantastic in a bid to wow the panel and confuse with their moves.

Clue packages will accompany every Masked Dancer to help the panel and at home detectives crack the case of who the famous faces behind the masks are.

This series footballing legend Peter Crouch will be hoping he can hit the back of the net with his guesses alongside Davina, Jonathan Ross and Oti Mabuse.

They will all be watching each performance closely as they try and work out which twinkle toed celebrity is behind the mask.

Presiding over this unique and unusual dance party will be Joel Dommett.

Hot footing onto the dancefloor this series are:

Dancing to their own tune.. it’s Onomatopoeia

They will be cutting their own shapes on stage…. It’s Scissors

With dance moves to prickle your fancy…. It’s Cactus

They invented the MoonWalk…. It’s Astronaut

Will they deliver a first-class performance?…. It’s Pillar and Post

Kick your knees up, step in time…. It’s Pearly King

Hoping not to pull a Mussel… it’s Prawn Cocktail 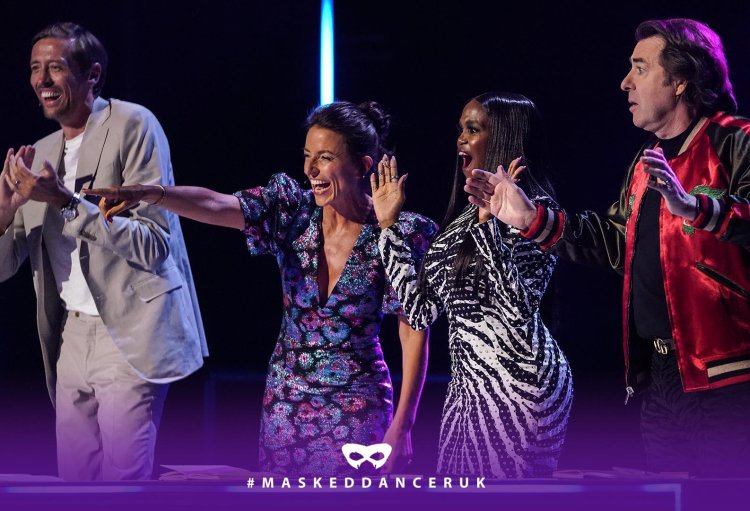 “Yesssssssss!!! Literally cannot WAIT for this!”