The Jump: 'TV can’t possibly convey the horror of it!'

With less than a week to go until the slopes hits your screens, Davina divulges all on the brand new series and explains why you just need to tune in!

The Jump is back. Are you excited?

I’m very pleased it’s back, because I was a bit worried after the last series whether we’d find anybody that would be prepared to come and lob themselves off what is literally the most terrifying eliminator on TV. The thing about the jump itself is that TV can’t possibly convey the horror of it. It is enormous, and it’s so high and so steep – and that’s just the small one. The first time they went to the big one, and they said “We’d like you to go up and stand by the edge,” I started crying. Honest to God, it’s so, so frightening. When Amy [Childs] had her moment, last series, where she just couldn’t do it, it wasn’t Amy being pathetic – it really, really, really, really is utterly terrifying. Just the idea that we’d find anybody happy to come, having seen it, was amazing. The last lot were all a bit wet behind the ears – they had no idea what was coming. I don’t think we did either.

What I love about The Jump is it isn’t a popularity contest, it’s about winning. It’s about beating people. And actually I think there’s something rather delicious about the competitive spirit that this programme actively encourages. And when you are just trying to win something, you will push yourself just that bit harder than you would normally. And that means you get these guys throwing themselves at stuff.

And it’s by no means just the jump itself that poses dangers, is it?

Ski cross! Ski cross is mad! I still watch Donal McIntyre missing his bobsleigh as well. That was one of the funniest bits of television I’ve seen in my entire life. It was so brilliant, he was really whooping up the audience, stirring things up, and then he started running with the bobsleigh, and from the camera angle it looked like he’d jumped in the back, and then you see the bobsleigh leave, and he’s just lying face down in the ice. Much hilarity!

What were your other high points of the show last year?

Donal gave me a funny one. He turned up literally bleeding from the lip and scraped all down his face, and I said “Oh my God, what’s happened to you now?” And he said “I just slipped doing a practise jump.” And he left his face on the ice because it was so cold. He lifted up his face and half of his skin just stayed on the ice. I know it’s not funny, but he was laughing too. Even though the plane was like an air ambulance on the way home, they all loved it. The people who take part in this programme are so brave and brilliant, and there’s such a supportive atmosphere surrounding it. It’s a really positive programme, which is another thing I love about it.

I imagine every show you present comes with its challenges. What are the challenges in this one?

I have absolutely no challenges whatsoever in this programme. I love it. It’s a live programme, but I love a bit of live TV. I want to really immerse myself this time. I’m going to stay in the contestants’ hotel, because I want to live and breathe what they’re living and breathing. I want to know what they’re eating for breakfast. I want to know how they’re all feeling. So that when I’m with them in the evening on the live show, I can say “You didn’t look that great at breakfast this morning,” or “I know you’re scared about this one,” or something. I want to be able to inform people.

So you’re going to be their celebrity stalker?

Yes! Yes! All celebrities need a celebrity stalker, and I am theirs.

It’s all great fun, but it’s also taken very seriously by the contestants, isn’t it?

Oh yeah, we demand they take it incredibly seriously. We want people to want to win. It’s interesting, because sometimes ‘ambition’ is seen as a dirty word. But in this programme it is admired. Be ambitious. Want to win. We love it!

It’s a cracking line up this year, isn’t it?

Oh, for the love of God, it’s amazing. For starters, Steve-O and The Jump combined is a really dangerous combo. My husband was well-impressed with that booking. Phil Tufnell and Mike Tindall – just like any sportsmen – put them in this situation and they’re going to want to win, as you saw with Steve Redgrave and Darren Gough. It’s just in their DNA. And then you’ve got Stacey Solomon, who’s such a lovely person. She’ll find it hard being away from her kids. There are loads of lovely people. And JB Gill’s only just had a baby in September – but I reckon his wife and baby will come out.

What are the key differences between last year’s series and this?

Some of the actual events this year will be live on the show, not just the jump-offs. We will sometimes be filming an event live, which will be really exciting, watching stuff as it unfolds before your very eyes. Some of the events have changed. We’ve got the skeleton, bobsleigh, slalom and ski cross, which we’ve had before, and snow cross and snow-boarding – which is a completely different discipline from skiing. And there’s something called the air drop, where you jump off a platform into a half-pipe.

You’ve not seen anyone in action yet, but if you were a betting woman, who would your money be on?

I think that Heather Mills has got the eye of the tiger, and I would say she’s a strong contender. She’s just a focused woman. Ashley and Louie are both amazing dancers, really physical and in great shape. Mike Tindall is a strong guy, and really fit, but sometimes they throw themselves at it so much that they injure themselves, and then they’re out.

A few of this year’s contestants have also suggested they might enjoy a bit of après ski. Were they able to do a bit of that last year as well?

They did do a bit of that, but this year I’ll be out with the binoculars, in the hotel foyer, watching, and taking notes, so I can tell the viewers all about it the next day.

Last year, as you mentioned, you were training hard for your Beyond Breaking Point challenge. Do you think you can enjoy yourself a bit more this year? Get stuck into the local cuisine and stuff?

I can definitely, definitely relax a bit more. I was extremely stressed out and tense last series. Every morning I’d wake up and be stressed out about having to go training, do a run and swim, it was all very full-on. It’s going to be nice this year to be able to sit back a bit and enjoy it. 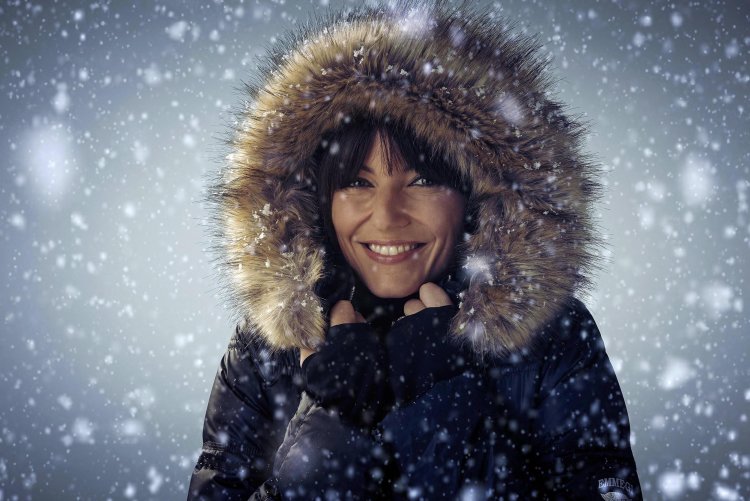 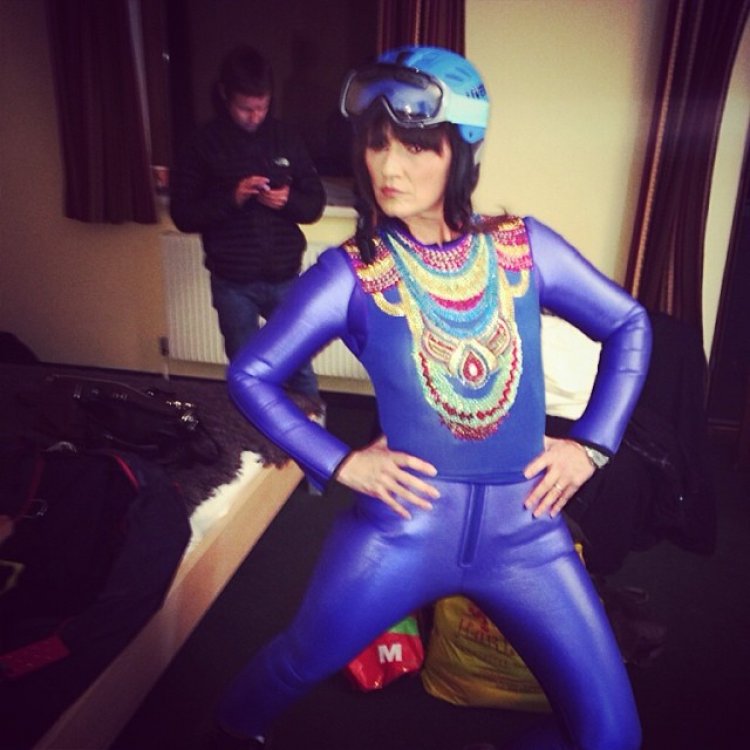 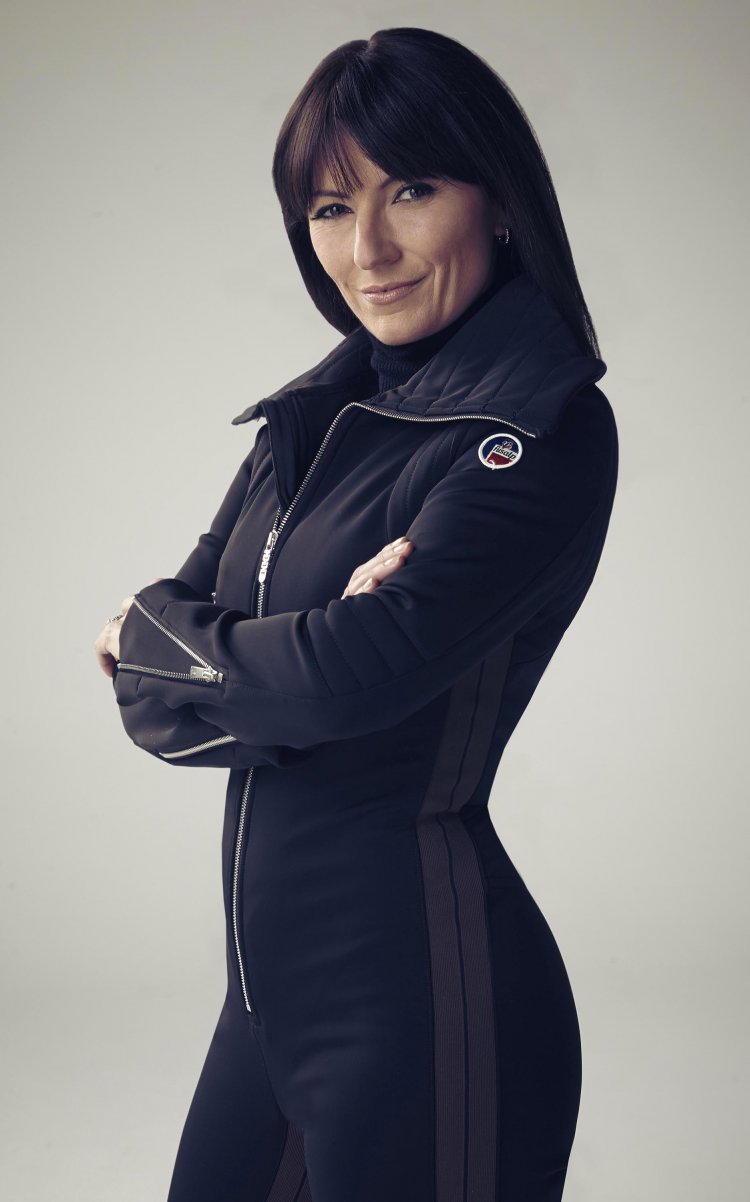