The Jump: mid-week round up

Series two of The Jump has taken off with an avalanche of abominable challenges.

Find out who has been scaling new heights and who has flaked out with this action packed recap.

The first show saw the men kick off the competition as they battled it out head to head in the skeleton.

Gogglebox’s Dom Parker was far from the comfort of his famous sofa as he and former England cricketer Phil Tuffnell became the first casualties of the series when they faced the live jump-off.

In an adrenaline-fuelled episode, the eight women, including Chloe Madeley, Jodie Kidd, Lady Victoria Hervey and Louise Hazel, competed on the nerve-shredding skeleton

Heather Mills became the first below-the-knee amputee to attempt a ski jump - and she was doing it on a borrowed leg after breaking her own custom jump leg in training. Respect the Mills, people!

The Snow Cross was not for the faint hearted in another action-packed episode, completely live from the Austrian Alps.

It was a two-horse race towards the end as Mike Tindall shot into the lead, skating gracefully to victory, followed by Joey Essex gliding in second. Last up was Louie Spence, who despite coming last, daintily crossed the finish line with panache worthy of this dancer.

The competition heated up as the 10 remaining celebrities tackled the gruelling parallel slalom. Five head-to-head races on a steep mountain course decided who stayed and who would face-off with a live jump.

Behind the scenes the girls kept themselves occupied with a game of snog, marry, avoid. Guess which fellow competitor songstress Stacey Solomon would pucker up for…

Tonight just nine competitors remain as the show cranks it up a gear with the bobsleigh, one of the most dangerous winter sports.

Catch all the action live from 8pm on Channel 4. 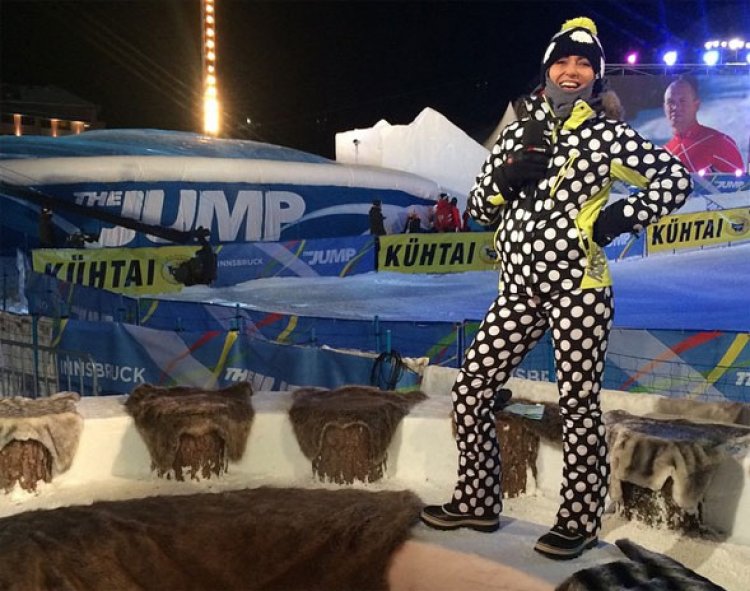