Davina scores a bullseye with One Hundred and Eighty

Davina will be taking viewers into the fast-flying world of darts in a new event-based games show alongside Freddie Flintoff.

One Hundred and Eighty will see world famous darts players team up with skilled members of the public to compete with each other for a big money prize. The programme will combine the drama of a sporting event with the excitement of a game show and will air one Sky 1 this September.

…THIS excited for #OneHundredAndEighty tonight!! 8pm on @Sky1 x pic.twitter.com/UivlanBYEa

Inspired by and named after the top score you can achieve on a dartboard, One Hundred and Eighty will see pro darts players including 16-time world champion Phil Taylor, World Number One Michael Van Gerwen and current World Champion Gary Anderson playing to determine a prize fund at the start of each show. They will then be paired into teams with lucky members of the public who will compete for the chance to win the prize.

Hosted by Davina, the two teams will go head-to-head in a series of darts-based games and traditional legs of 501. One team will go through to play the final game hoping to take home the cash prize. Professional darts commentator Rod Studd and sporting legend Freddie Flintoff will provide electrifying commentary to the proceedings and keep tabs on the all-important score. 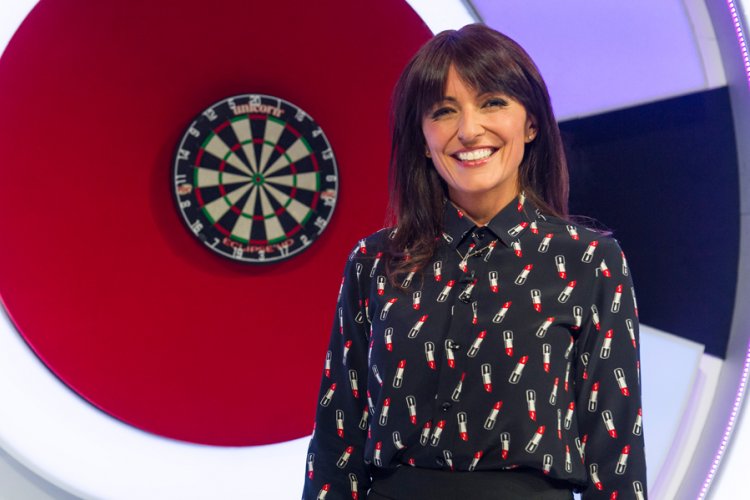