Anthea and Ritchie leave The Jump in double elimination

In last night’s live semi-final of The Jump the six remaining competitors took on two punishing winter sports, Speed Ski and Slalom Duels, as they fought to stay in the competition and secure a place in tonight’s live grand final.

First up was Speed Ski and all they had to do was get down the piste, fast. The competitors were then seeded for head to head Slalom Duels, fastest in Speed Ski verses slowest and so on. The pressure was on as they battled it out in a best-of-three race format to avoid the ski jump and guarantee their place in the grand final.

The first pair to race were Donal MacIntyre and Joe McElderry. It was a good start for both, but Joe’s tight turns gave him the lead and he easily won the first heat. It was much the same in the final heat as Joe collapsed in relief as he crossed the finish line and Donal came tumbling after him in a tangle of skis. Donal said “I went as fast as I can, for as long as I could.” But it wasn’t enough and Donal faced the middle (K24) jump, jumping 15.5m and said “It felt like the best jump I’ve ever done.”

The next pair to race were comedian Marcus Brigstocke and boyband member Ritchie Neville. It was neck and neck in their first heat, but Marcus flew over the finish line, beating Ritchie in the last seconds of the race. As the men took on the second heat, Ritchie was hot on Marcus’s heels. However, his rapid descent was cut short after a dramatic fall a third of the way down the course. Marcus won the race and a place in the final, but was “gutted” for Ritchie.

Ritchie then had to face The Jump and said “To go out hitting a gate and wiping out, I’m actually quite devastated.” He chose to take on the middle (K24) jump and landed 16m, a new series record.

The final pair were last placed Anthea Turner and Speed Ski winner Sir Steve Redgrave. He said “I know I should be quicker than everyone else, being the heaviest. I will grit my teeth and have my fingers crossed that I’m not in the bottom two.” Anthea put up a good fight in both of her heats, giving long time skier Sir Steve a good run but she was eventually beaten by the Olympian.

The last woman standing in the competition, Anthea, chose to take on the middle (K24) jump. With the crowd cheering her on from below Anthea jumped to save her place in the competition, landing an impressive 14m. It wasn’t quite enough to see her through to the grand final though and she became the seventh person to be knocked out of the competition. Anthea said “It was my best jump, fabulous. I’m finishing it on a personal best. My highlight has got to be The Jump and facing all those fears.”

Ritchie and Donal went on to jump again to win the last place available in the grand final. The pressure was well and truly on as Ritchie had landed the biggest jump of the series earlier on the show, but Donal was not quite ready to give up.

Both once again took on the middle (K24) jump. Donal went first and landed a whopping 17.5m jump, stealing the honour of biggest jump of the series from Ritchie. The 5ive singer looked determined to stay in the competition as he took flight, but fell as he landed leaving him with a foul jump that saw him leave the competition.

In tonight’s live grand final the remaining four competitors will race head to head in Ski Cross, before facing the final live ski jumps of the series to be crowned The Jump Champion.

The Jump final will air LIVE tonight at 9pm on Channel 4. 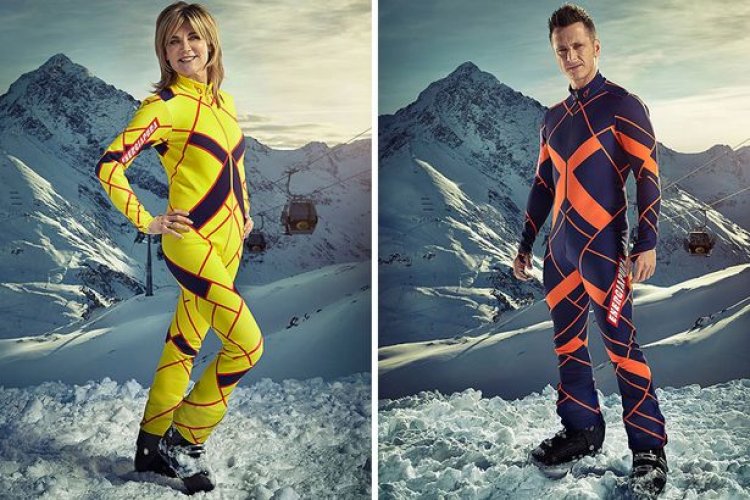